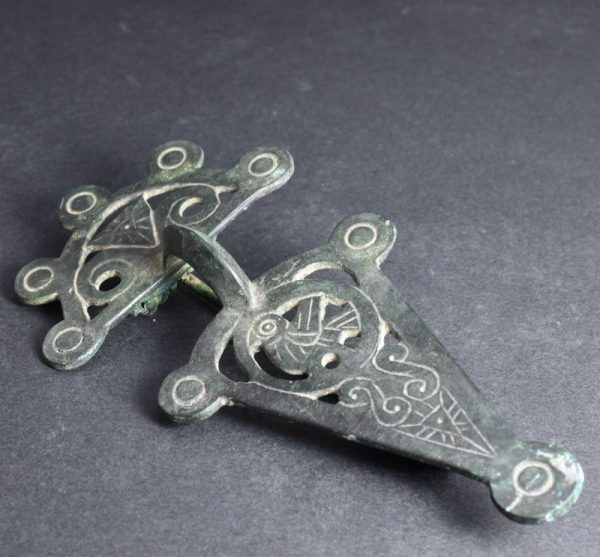 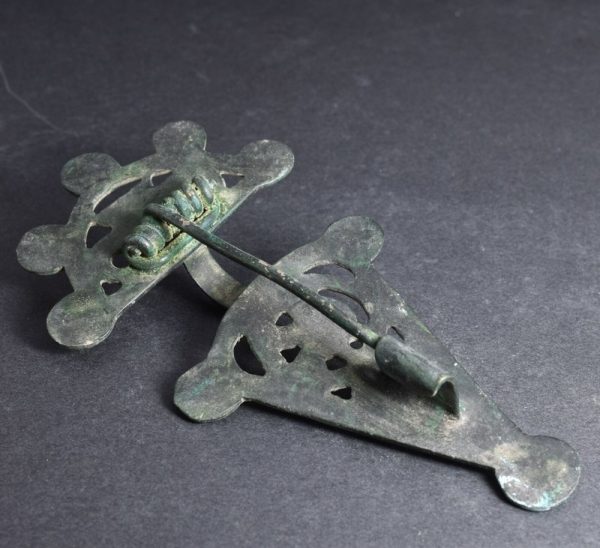 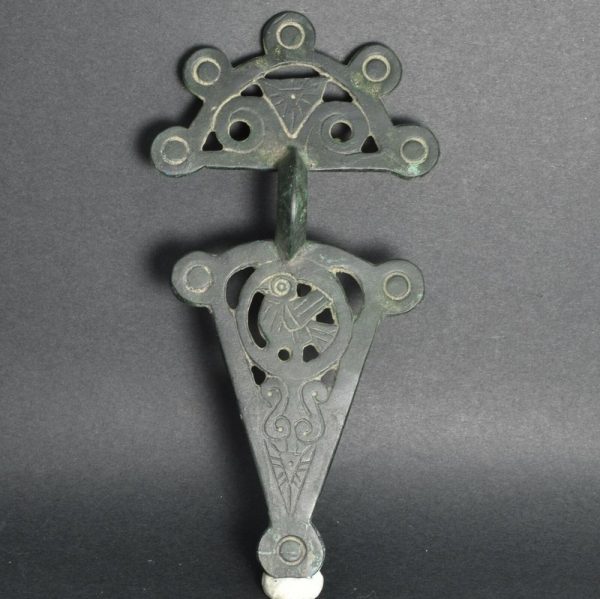 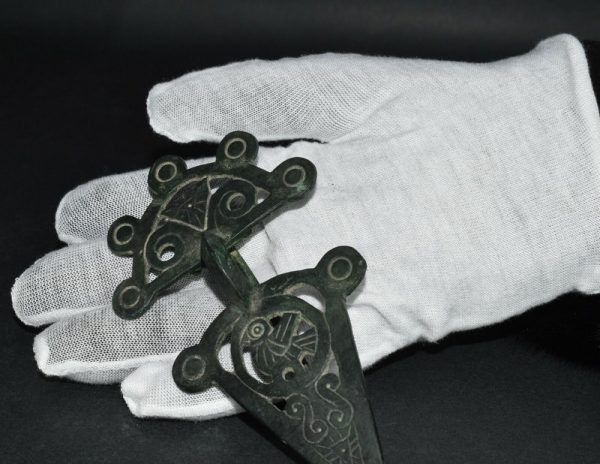 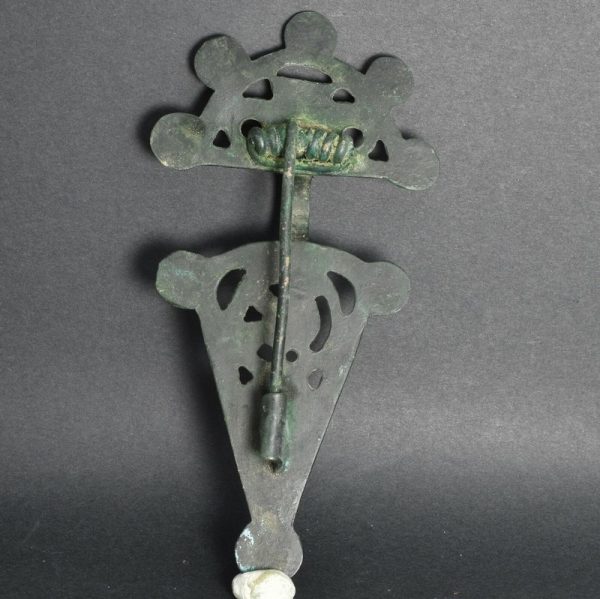 Fibula, brooch, or pin, originally used in Greek and Roman dress for fastening garments. The fibula developed in a variety of shapes, but all were based on the safety-pin principle.

Greek fibulae from the 7th century bc were elaborately decorated along the long catch plate: rows of animals, such as ducks, lions, and sphinxes, might be soldered on, or a frieze of animals might be worked in relief. The fibula was in widespread use throughout the ancient world. An example from Persia from the 7th century bc has fastenings in the form of a human hand and is decorated with two lions placed head to tail. The Etruscans were fond of fibulae, some of which were very large and decorated with elaborate granulation and processions of animals done in relief. The Roman conquests spread the use of the fibula, which became the basis for more complicated brooches. By the Middle Ages the Roman safety-pin type of fibula had fallen into disuse.
Measurements: Height 14 cm with a weight of 85 gr