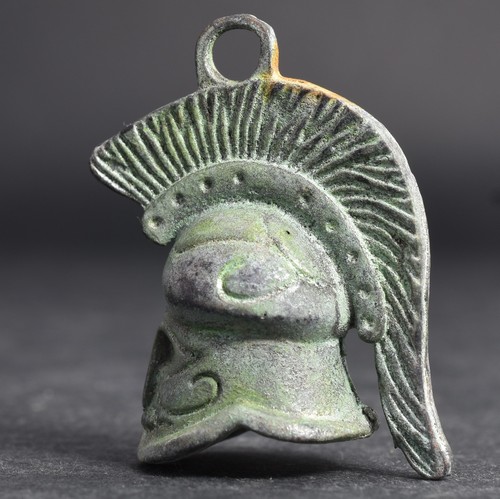 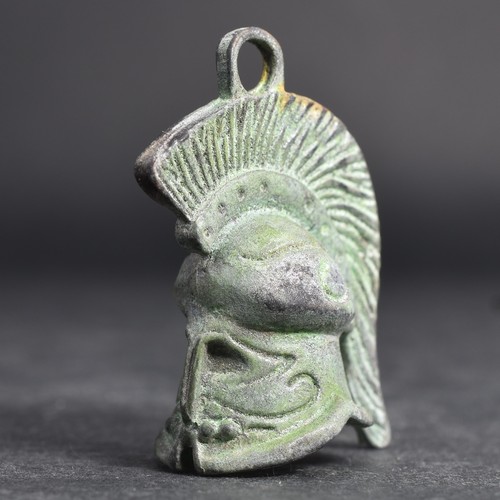 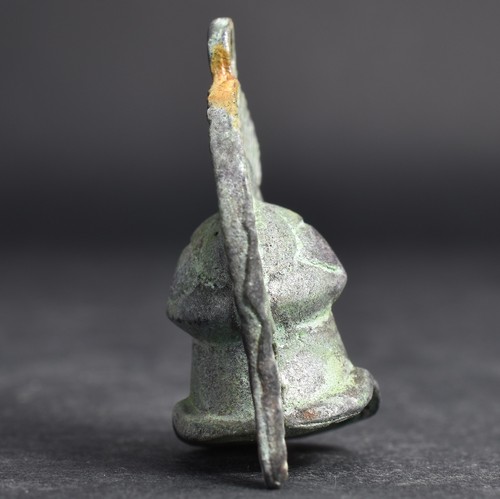 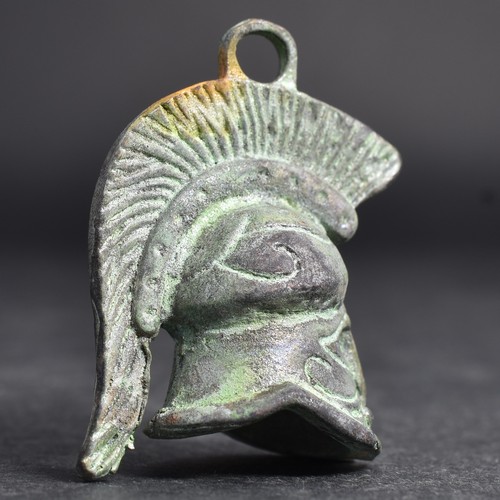 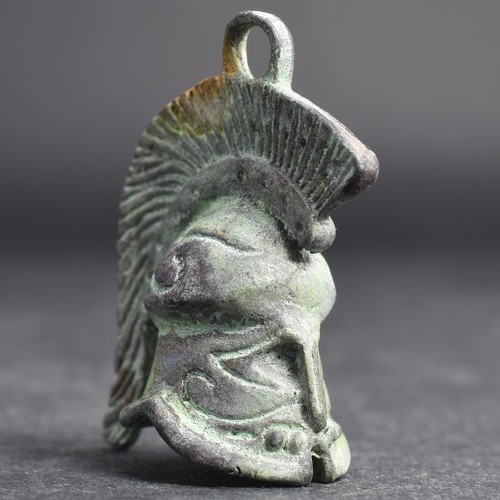 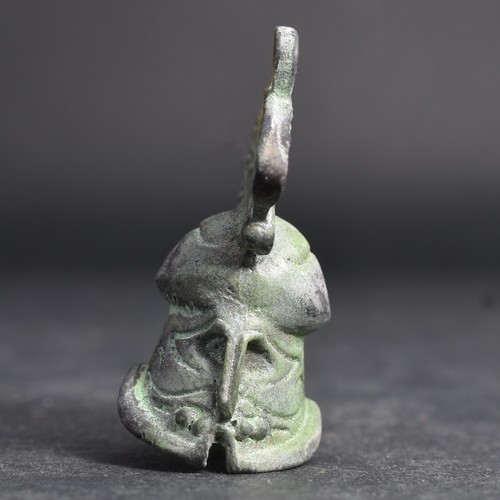 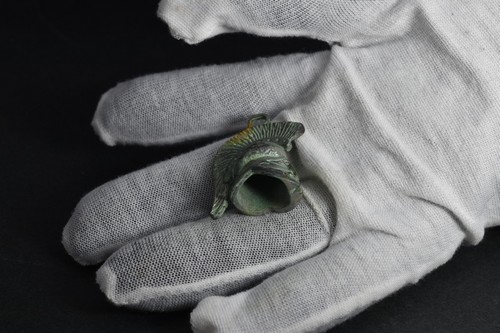 Beautiful Handcrafted hot cast bronze (Lost Wax Method) pendant amulet Greco-Roman Corinthian warrior helmet. The pendant has been aged with oxidized green patina. It embeds genuine relief and perfect detail. The design of the classic ‘Corinthian’ style helmet was designed to cover as much of the man’s face as possible when fighting in a Phalanx formation.

The origins of the Corinthian helmet are believed to date back to the 8th century before our Era. Its classification as the “Corinthian helmet” is a reference from modern historical science, like other names such as the kegel, chalcidian or Italo-Corinthian helmets. However, some research on the texts of Homer and ceramic specimens indicate the idea that the ancient Greeks had already called this type of helmet Corinthian. Technically, the Corinthian helmet is defined as a helmet which fully covered the face of the Hoplite and which only displayed two openings for the eyes and the nose. As it evolved over time, the shapes of the Corinthian helmet varied: the cheeks became longer, the ear and nose holes increased; and the size varied over time facilitating its adaptation to the cranium. The Corinthian helmet displayed an inner lining padded in leather or linen to prevent the material from harming the Hoplite. This inner padding could be fixed to the helmet using small backstitches which were sewn to the metal through small holes or glued to it thanks to elements such as resin.
The Corinthian helmet had an approximate weight of two and a half kilos, although this may seem an excessive amount, it isn’t recalling that other helmets from history such as the Roman gladiator helmet exceeded seven kilos. However, this characteristic combined with the heat of the spring and summer months, which was when wars took place, and the few holes in the helmet, gives some indication as to the suffering which the Greek Hoplites must have experienced during battle. However, when marching, the helmet was worn raised on the crown of the head, as shown by the well-known figure Pericles dating from the 5th century BC. This raised way of wearing the Corinthian helmet had an impact on the appearance of the Italo-Corinthian helmet.
Decoration also played a significant role in Corinthian helmets. Many of them usually incorporated geometric engravings like ovals or dots, animals or floral elements on the cheeks. In addition, plumes made from horsehair, which could be dyed to different colours, also adorned the Corinthian helmet. All these features contributed to increasing the sensation of ferocity and aggressiveness which the helmet would transfer to its opponent to terrify him. As indicated by the historian Fernando Quesada, “the Corinthian helmet is one of the most aggressive looking helmets” in History.