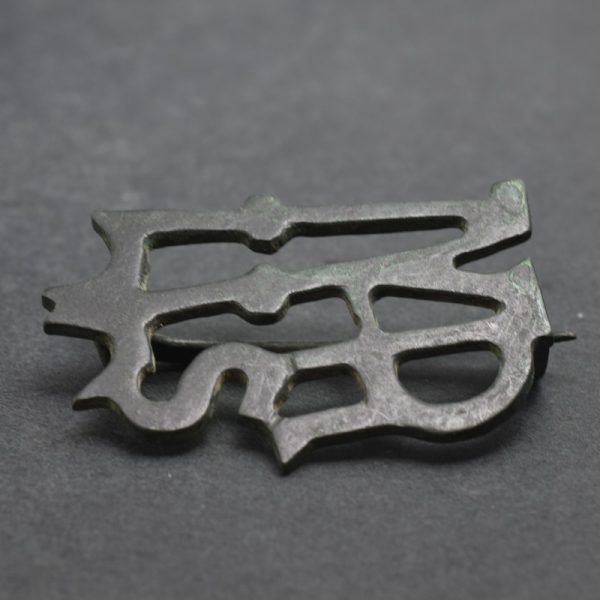 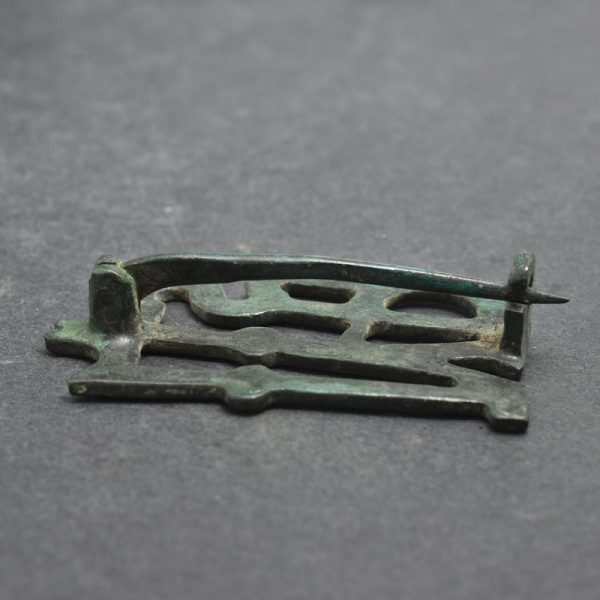 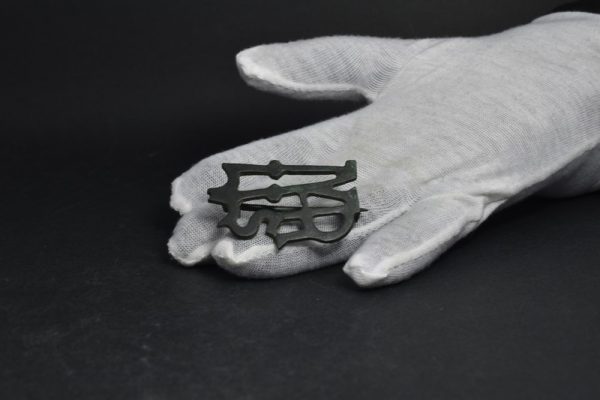 A fibula (plural fibulae) is an ancient brooch. Fibulae were used to fasten clothing or, in some cases, purely for decoration. The swastika fibula has been worn as a symbol for “good luck” and “well-being”.

Fibulae followed the straight pin in evolution and were eventually replaced by buttons. They are perhaps most famous as the fastener on Roman military cloaks – the sagum and paludamentum. However, they were used centuries before Rome was founded and for centuries after it fell. They were used by Greeks, Persians, Phrygians, Celts, Germans, Slavs and many other peoples in addition to Romans. Fibulae were used by soldiers and civilians; by men, women and children. They can thus signify culture, tribe, sex, status or profession – though not always. They were used on robes, shirts and dresses as well as cloaks. One thing fibulae were never used on was the toga, which was simply folded and draped and was not fixed by any pin.
As an ancient symbol, the swastika occurs mainly in the cultures that reside in modern day India and the surrounding area, sometimes as a geometrical motif (as in the Roman Republic and Empire) and sometimes as a religious symbol. The word swastika is derived from the Sanskrit word svastik meaning any lucky or auspicious object, and in particular a mark made on persons and things to denote good luck. It is composed of su-, meaning “good, well” and asti, a verbal abstract to the root as “to be”. Svasti thus means “well-being.” The suffix -ka intensifies the verbal meaning or confers the sense of ‘beneficial’, and svastika might thus be translated literally as “that which is associated with well-being,” corresponding to “lucky charm” or “thing that is auspicious. The swastika symbolises lightning bolts, representing the thunder god and the king of the gods, such as Indra in Vedic Hinduism, Zeus in the ancient Greek religion, Jupiter in the ancient Roman religion, and Thor in the ancient Germanic religion.