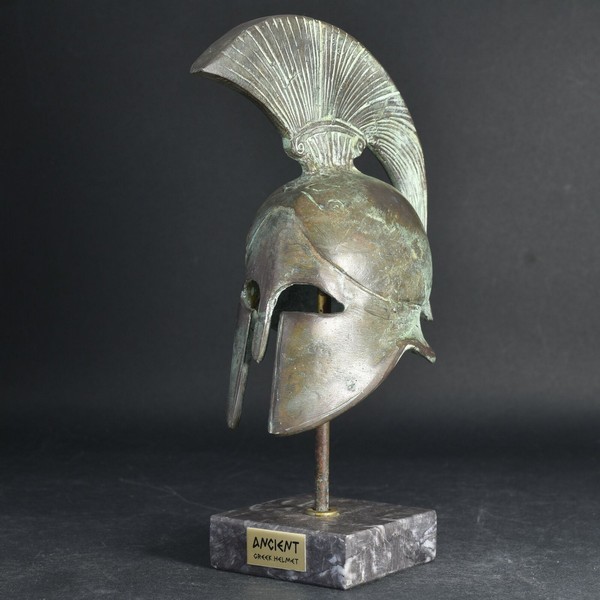 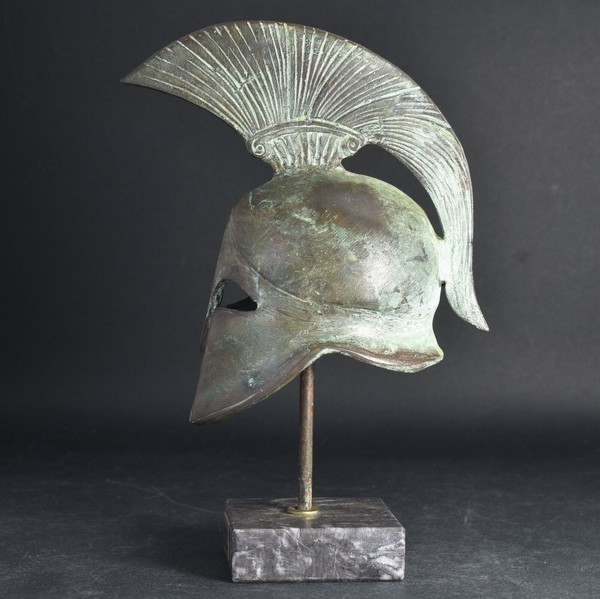 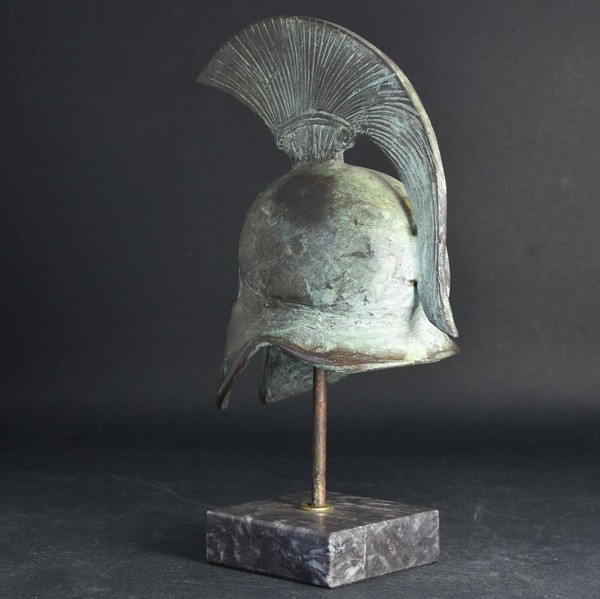 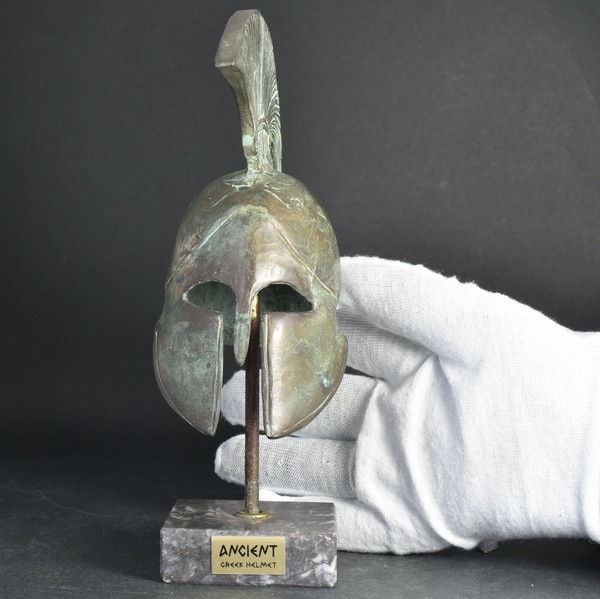 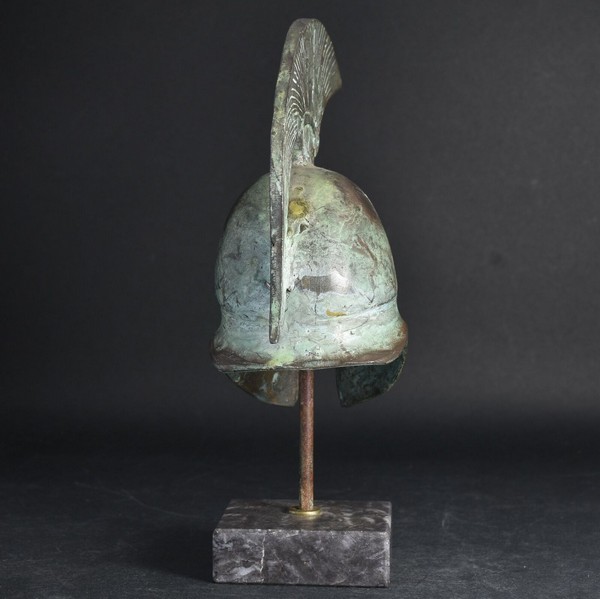 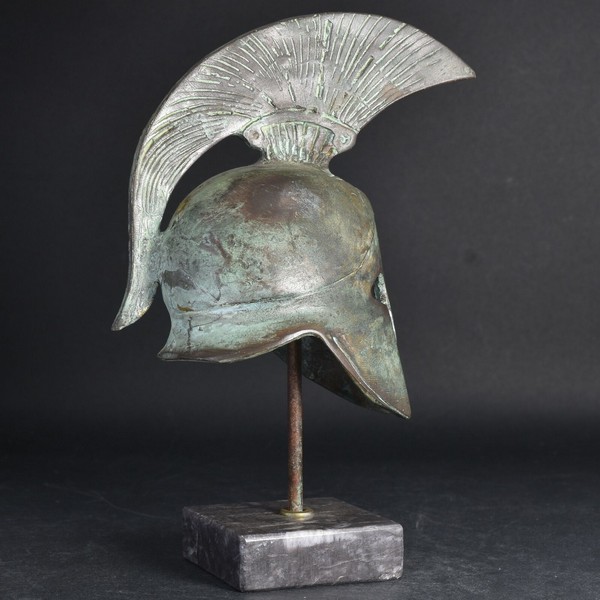 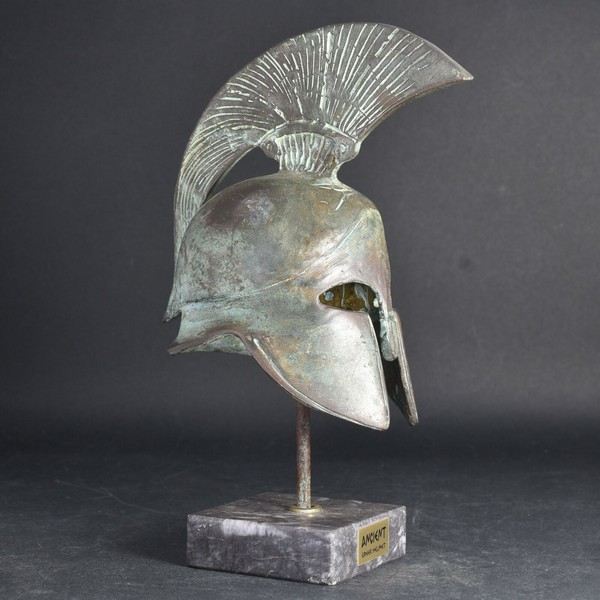 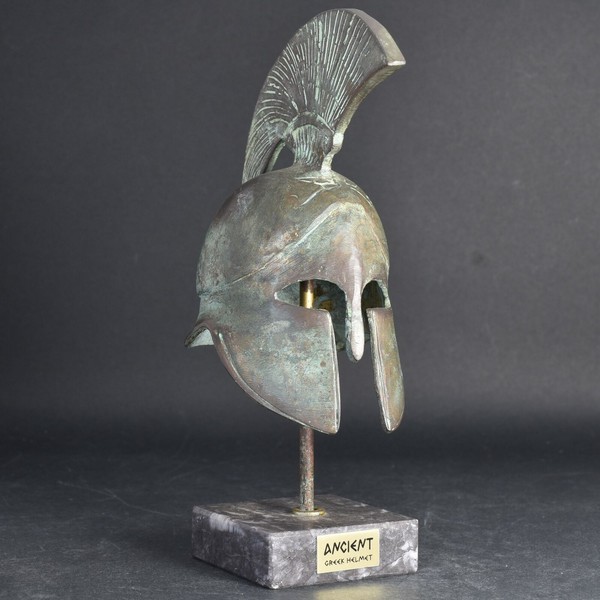 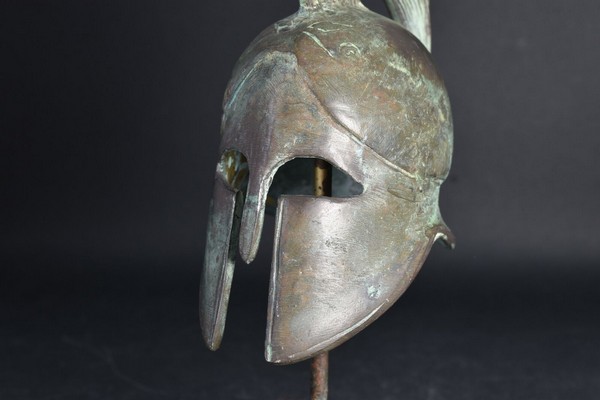 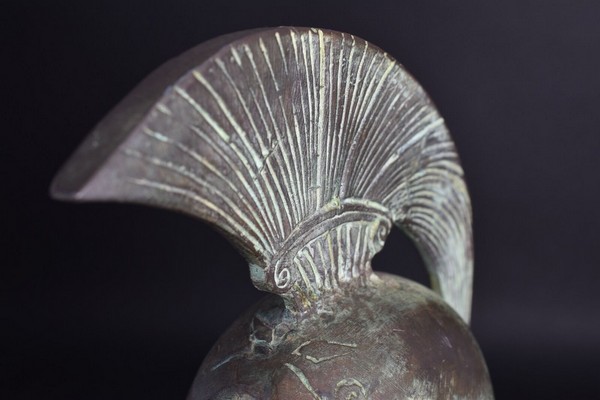 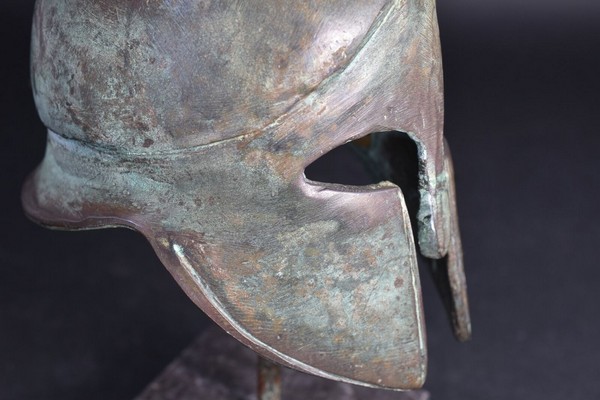 Given its military pre-eminence, Sparta was recognized as the leading force of the unified Greek military during the Greco-Persian Wars, in rivalry with the rising naval power of Athens. Sparta was the principal enemy of Athens during the Peloponnesian War, from which it emerged victorious after the Battle of Aegospotami. The decisive Battle of Leuctra in 371 BCE ended the Spartan hegemony, although the city-state maintained its political independence until the Roman conquest of Greece in 146 BCE. After the division of the Roman Empire, Sparta underwent a long period of decline, especially in the Middle Ages, when many of its citizens moved to Mystras. Modern Sparta is the capital of the southern Greek region of Laconia and a center for processing citrus and olives.
Measurements: Height 19.5 cm with a weight of 873 gr