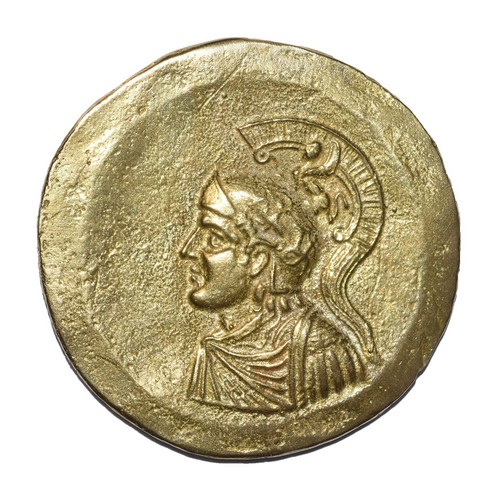 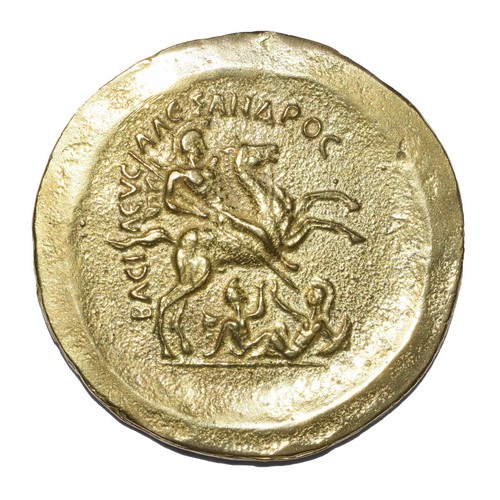 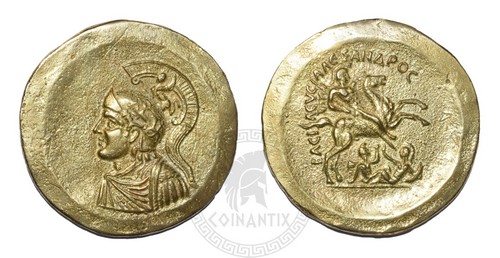 The original object was found in Abu Qir, northern Egypt. Alexander was shown wearing a decorated Attic helmet with his head raised, suggesting his divinity.
It is located in the Museo Calouste Gulbenkian in Lisbon. The medallion shows how much respect the Romans had for the Macedonian conqueror.
Alexander III the Great, the King of Macedonia and conqueror of the Persian Empire is considered one of the greatest military geniuses of all times. He was inspiration for later conquerors such as Hannibal the Carthaginian, the Romans Pompey and Caesar, and Napoleon. Alexander was born in 356 BC in Pella, the ancient capital of Macedonia. He was son of Philip II, King of Macedonia, and Olympias, the princess of neighboring Epirus. At age 20, having come to the throne of Macedonia after his father’s death, he led the Macedonian army against the Persian king Darius and conquered the entire Persian Empire. Macedonia became to largest empire, stretching from Europe to India and for the next three centuries the Macedonians ruled most of this area, ending with Cleopatra VII in 30 BC, the last Macedonian ruler of Egypt.
Design:
Obverse side
A bust of Alexander the Great in profile, facing left with raised head, wearing a cuirass covered by a cloak, and a high-crested Attic helmet decorated with a relief of Artemis riding a bull on the side. The crest is supported by a sphinx
Legend:
Anepigraphic