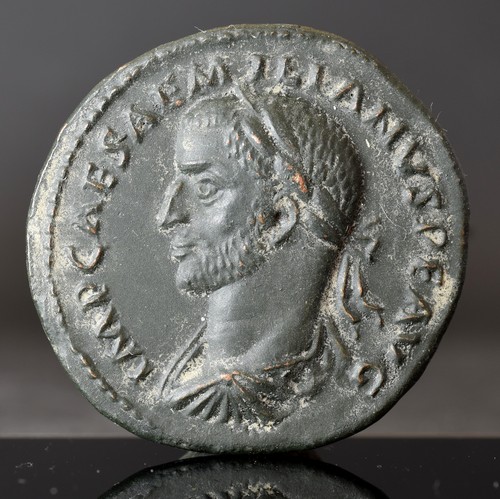 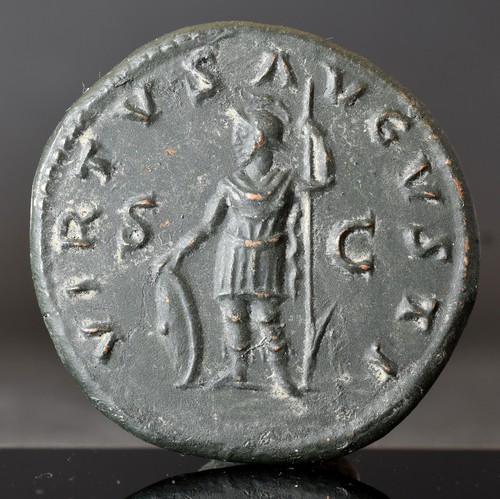 This AE Bronze Roman Empire Sestertius depicts Aemilian. It has been minted in Rome in 253 A.D. Unpublished in standard references.

M. Aemilius Aemilianus was born in Mauretania and rose to become governor of Moesia during the reign of Trebonianus Gallus. Aemilian bribed his troops to declare him emperor, using money intended for the Goths to maintain peace. When he invaded Italy, the troops of Gallus and Volusian switched sides and murdered the two co-emperors. However, when the forces of the future emperor Valerian entered Italy, Aemilian suffered the same fate as his predecessors. He was murdered after a reign of about 88 days.